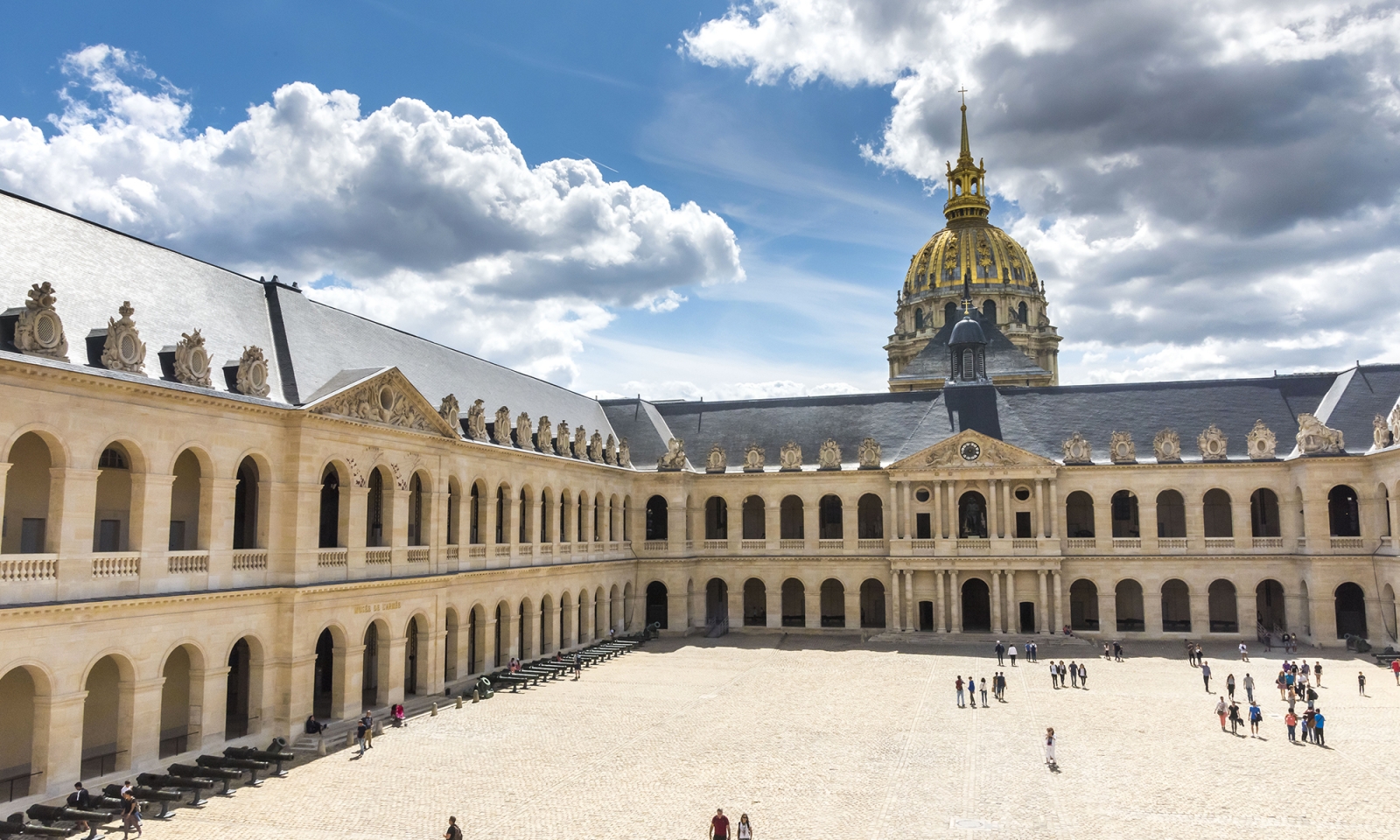 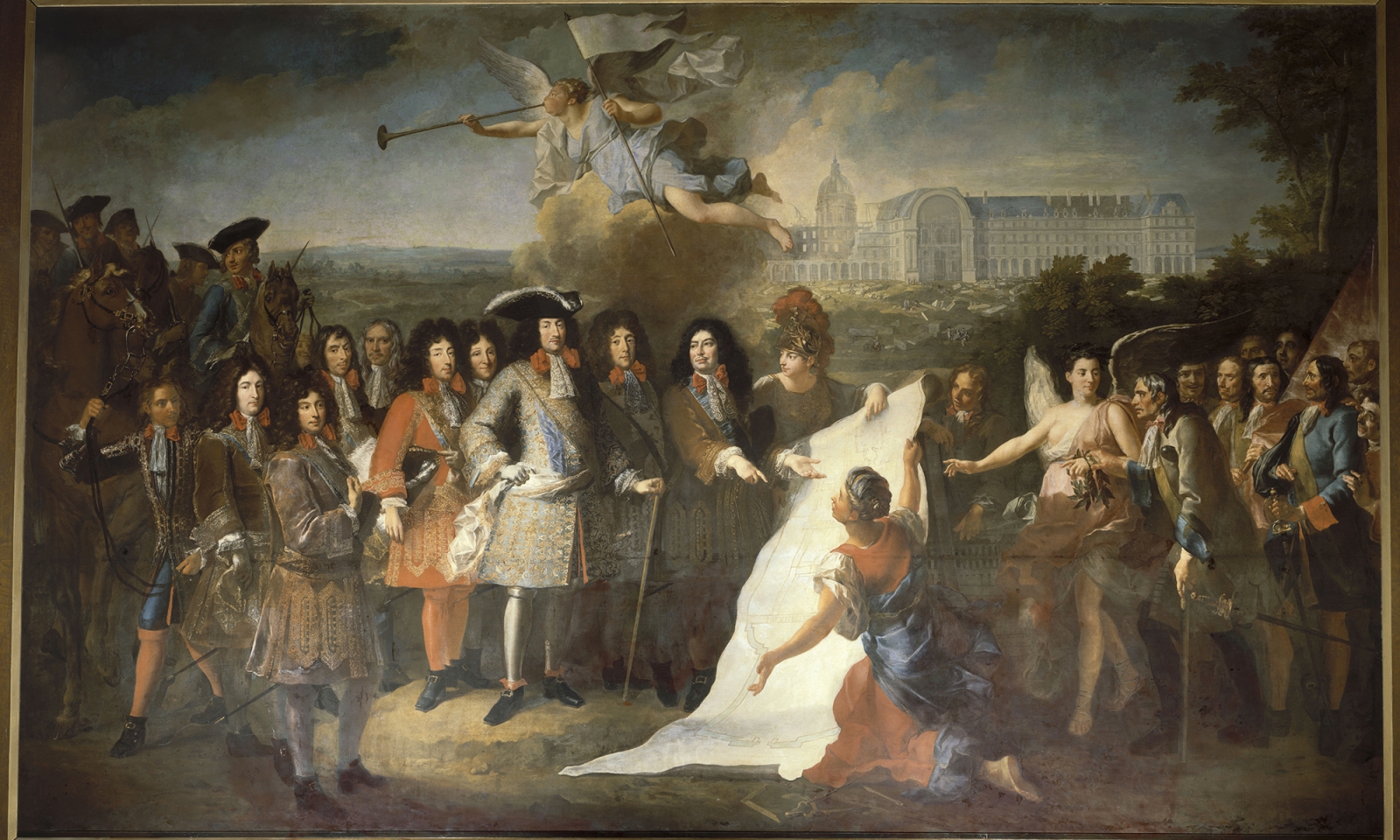 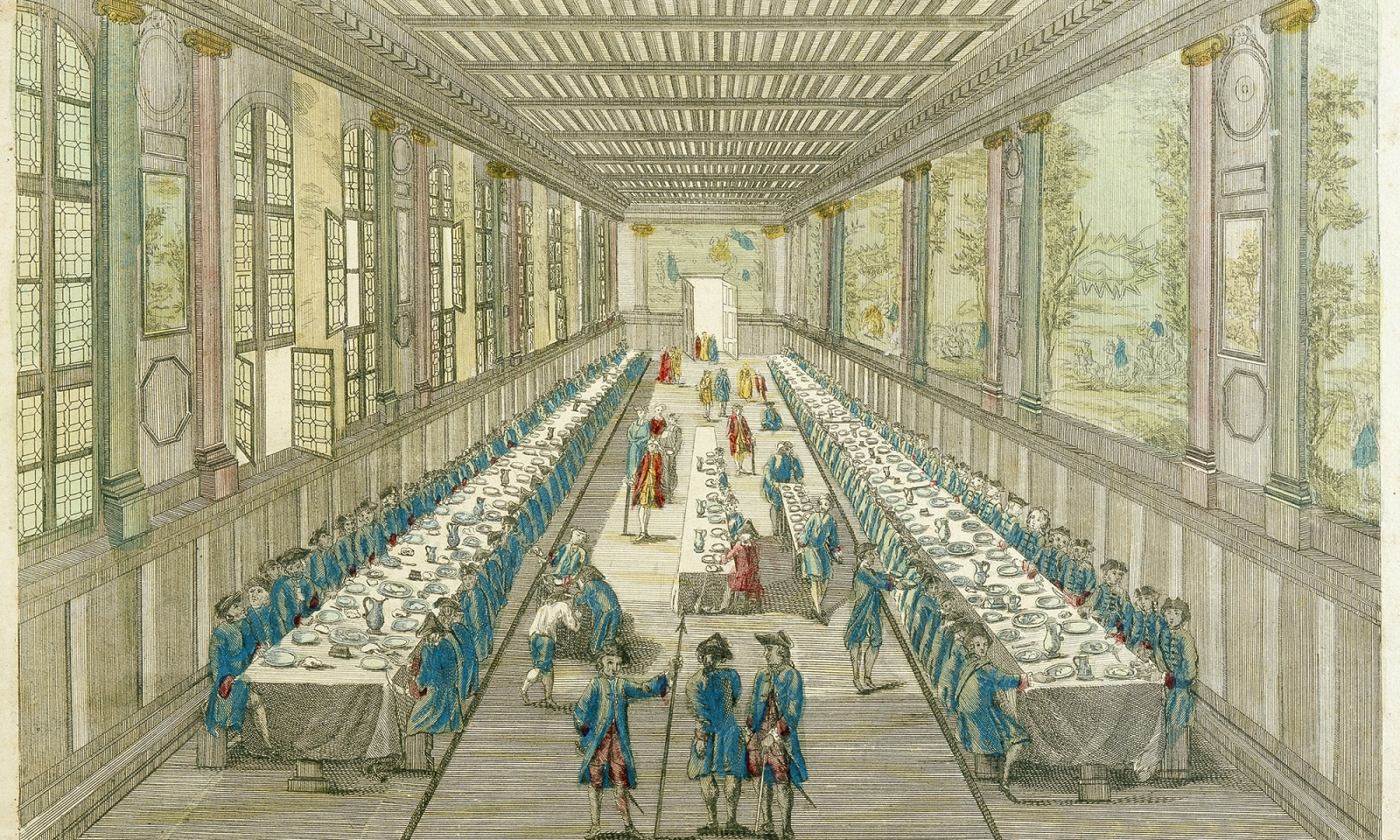 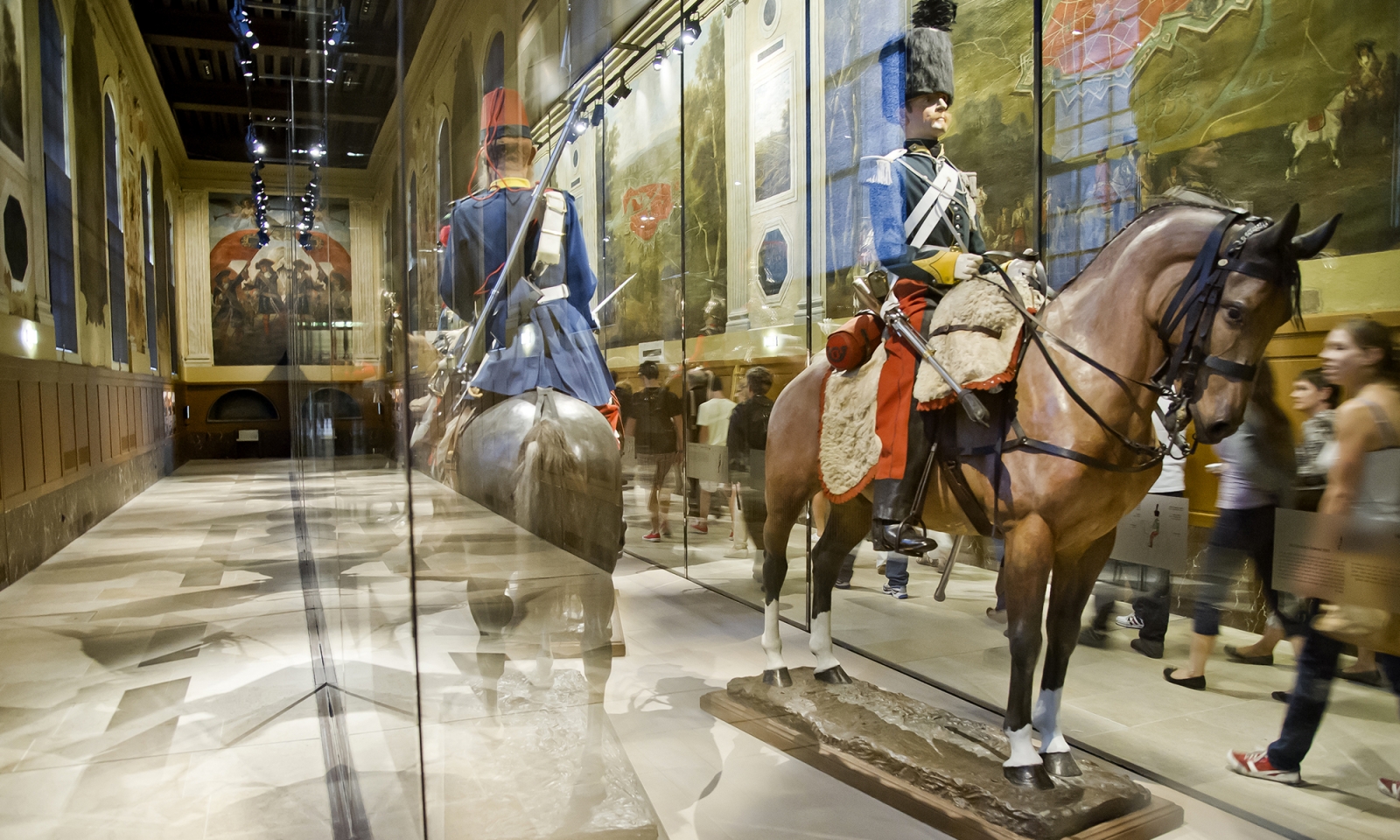 €19.50 Book
On the occasion of its 350th anniversary, the Hôtel National des Invalides opens its doors to you during a guided tour that will allow you to discover the life of the residents as you wander through the different spaces, which now house the impressive collection of the Army Museum. Built by Louis XIV in 1670, the Hôtel national des Invalides has retained its primary function as a hospital for wounded soldiers until today.

Your tour guide will first take you to the old refectories which now house a collection of uniforms spanning several centuries. You will then take the route leading to the rooms, which now house the modern section of the Army Museum. Your visit continues on the fourth floor, in the former granary, now the Musée des Plans-reliefs ("Relief Plan Museum") and then in the Cour d'Honneur ("Court of Honour"), which is replete with many secrets and period souvenirs such as the boot-shaped graffiti left by a resident. In fact, the residents participated in the life of the site by working in shoemaking workshops, illumination, tapestry ...

In the second part of your visit, your guide will take you to the Cathedral Saint-Louis des Invalides and to a place usually closed to the public, the Governors' crypt. From there, a passageway will take you directly to the majestic Dome church, which has housed the imposing tomb of Napoleon I since 1861.

>> Discover our other visits to the Army Museum

New! For your convenience, your ticket includes the rental of an audiophone, as well as access to the collections and temporary exhibitions so that you can continue your exploration of the Army Museum in complete freedom at the end of your guided tour.