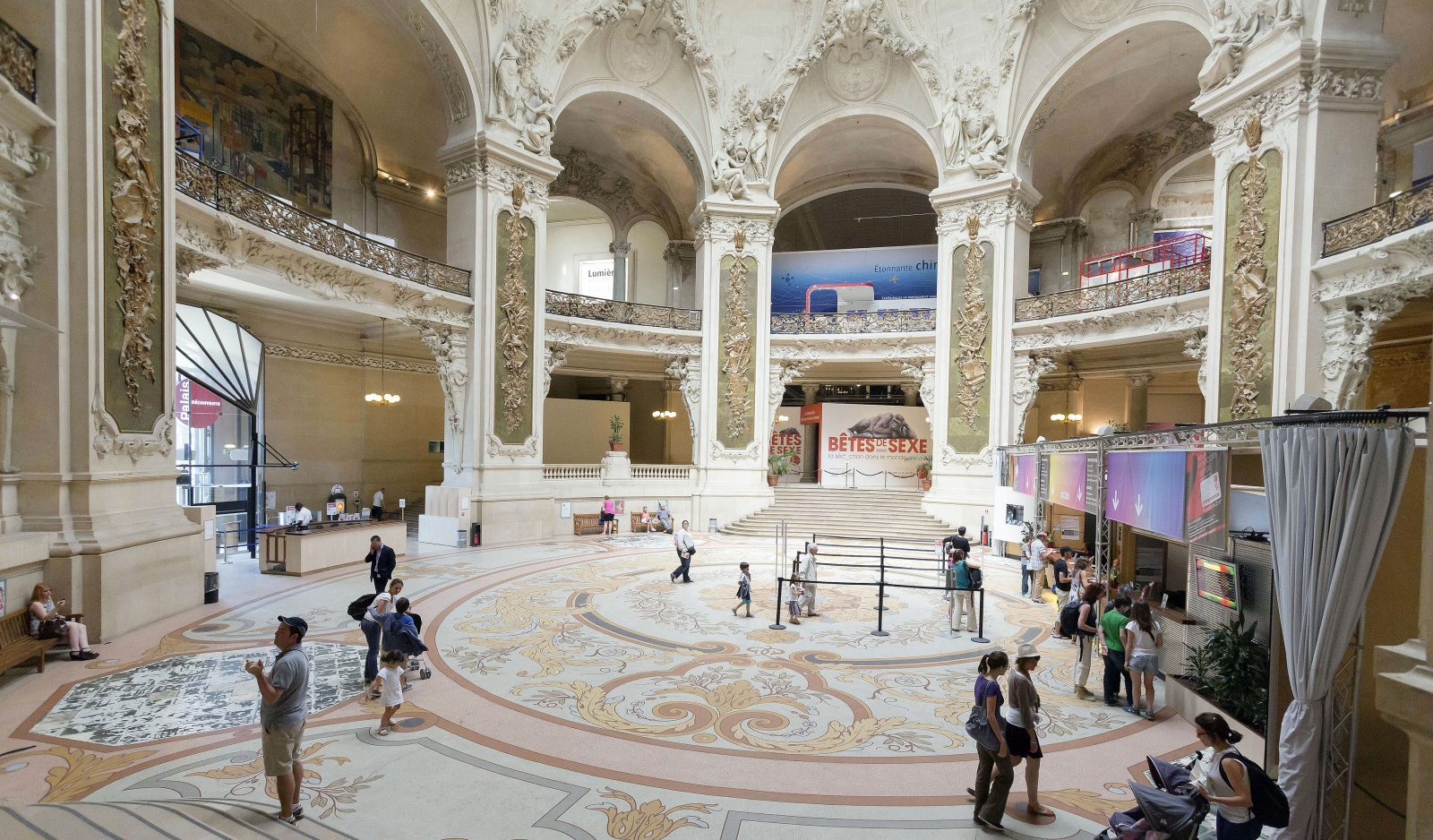 €0.00 Book
Your guided tour will lead you to the West wing of the Grand Palais, which is the former Palais d’Antin, a real Parisian jewel. Besides being the Science Museum, the Palais de la decouverte is, above all, an exceptional architectural masterpiece.

Its architecture is based on a symmetrical form organized around a large elliptical hall, topped by a 37-meter-high glass cupola. The considerable dimensions of the hall, the zenithal light and the ornate vault decorated with arabesques take your breath away from the moment you step into the entrance, and contribute to make the Grand Palais stunning. On the ground, an immense mosaic made of porcelain stoneware, composed of a large centrally symmetric floral pattern, accentuates this magnificent atmosphere.

Your guide will explain how the Palais d’Antin became the Palais de la decouverte thanks to Jean Perrin, honored with the Nobel Prize for Physics, whose goal was to “show science that was being developed”. Part of the Grand Palais has since been housing this revolutionary concept.

After your guided tour, you will be able to continue discovering the Palais de la decouverte at your own pace, with access to the current temporary exhibition.
Read more

Your visit includes a guided tour of the Palais de la découverte and access to the exhibitions.

Secret reserves of the National Manufactory, an exclusive guided tour